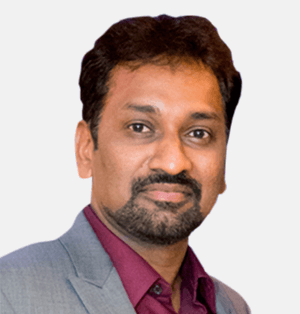 As a Founder and Chief Executive Officer, Srini Bayireddy has set corporate vision for Navitas Business Consulting Inc which is focused on driving strategic business growth through the expansion of its core service offerings in the data analytics and information security. Mr. Bayireddy is a serial entrepreneur who co-founded, invested and held a variety of increasingly responsible positions in his previous ventures in the fields of IT consulting and data security services. Mr. Bayireddy is currently serving as a Director on the board of the Virginia Asian Chamber of Commerce and as the Secretary of the Board of Loudoun Career and Technology Foundation (LCTEF) in support of Loudoun County Public Schools.

Srini has over 20 years of Government and private sector experience and is recognized for his consistent leadership in building successful teams and delivering solutions. Under Mr. Bayireddy’s leadership, Navitas received numerous awards from several reputed organizations such as INC500, Deloitte Fast 50, Tech200, Diversity Business, USPAACC and Virginia Asian Chamber of Commerce for excellence in delivery and innovation. 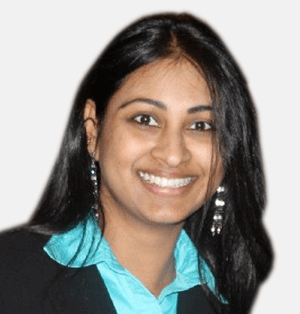 Sandy Bayireddy is the co-Founder and President of Navitas Business Consulting, Inc. In this role, she leads the firm’s operations, growth, innovation and market strategy. Under her leadership, Navitas is empowering its customers to gain efficiencies by leveraging commercial best practices and emerging technologies and deliver value as the world becomes digital.

Sandy is an accomplished executive with over 18 years of experience in the software industry. In her previous role as Senior Vice President of Sofos Technologies, she served in various management positions for sales, consulting, and alliance development. Her expertise includes implementing and managing complex, enterprise-level business and technology initiatives for Fortune 500 companies. 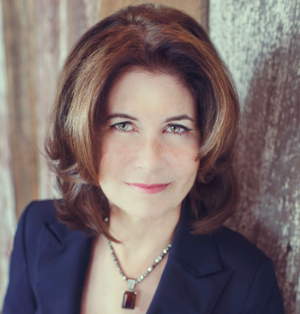 Jody Ruth has a long-standing track record of achieving high-performance results by leveraging the growth and value drivers that build company value the smart way. She has achieved financial and operational success for companies by proactively bringing opportunities to the surface and creating action plans to achieve operating goals and to increase company value. She has successfully led growth initiatives from turn-around to hypergrowth situations across a variety of industries.

Jody held a variety of senior executive positions in finance, supply chain, and re-engineering, with global responsibilities leading teams numbering in the thousands as General Manager at AOL, and as a senior executive at GTE Corp, GTE Wireless, and TWA. She began her career at KPMG, where she consistently earned awards for client service and received recommendations from clients for her value in closing capital transactions. Since 2003 when she founded her financial strategy consulting firm, she has served as CFO for a variety of growth and middle-market companies in software, technology, government contracting, and advertising, among other industries.

“Jody received her BS in Accounting with a focus on Financial Management from The Pennsylvania State University in 1983. She is a professional speaker on topics including growth, goal setting, and M&A. Jody is a member of the AICPA, VSCPA, and Financial Executives International (FEI), was a mentor for the Mach37 Cyber Security Accelerator, and makes time to mentor up-and-coming financial protégés.” 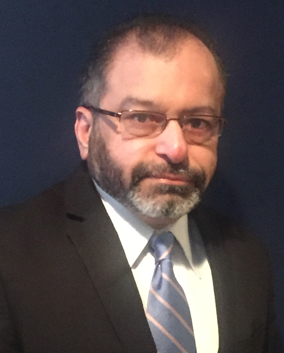 He applies his 20 years of operations and sales leadership in the federal services market space in order to work with all levels of Navitas staff and management for accelerated sales, revenue growth, and diversification. Paresh believes the customer’s return on investment – both immediate and long-term– is the key success criteria for any engagement. 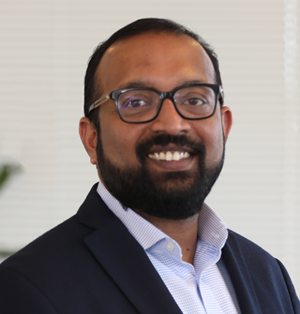 As a core member of the leadership team, he leads the technology strategy for Navitas and focuses on helping enterprise customers with high value business problems generate value through capabilities in Hybrid IT, digital engineering, Data & Analytics & Artificial Intelligence. 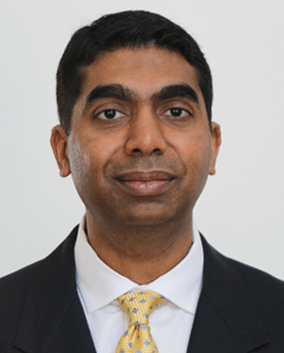 His most recent project experience is at DHS in where he has architected and delivered several critical applications such as architecting and implementing the first ever DHS USCIS online benefit processing form for the ELIS (Electronic Immigration System) program, a large Agile, and DevSecOps program, enabling thousands of immigrants to go online instead of using the paper process—reducing processing time from several months to days. Shashi recently received National Intelligence Meritorious Unit Citation from the Director of National Intelligence for helping automate DHS USCIS Refugee Asylum Support Services program manual refugee vetting process. Shashi’s proven management, and leadership skills are critical to the growth of Navitas in the near future. He is a certified Scaled Agile Framework Agilist (SAFe® Agilist), Project Management Professional (PMP®), Oracle Certified Java Architect and Certified Scrum Master (CSM®). Shashi has Master's degree in Computer Science from Louisiana State University, Baton Rouge. He has a Bachelor's of Technology degree in Electrical Engineering from Nagarjuna University, India. 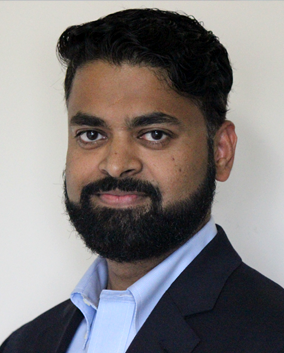 Serves as a key advisor to the CEO, directing the Cloud and DevOps strategy, key priorities, and decisions. He is responsible for the strategy, sales and services related to Navitas's Hybrid IT practice which spans across on-premise data center solutions and cloud service providers. He is also responsible for developing and managing strategic partnerships with leading platform providers to ensure Navitas's solution offerings are best of breed and meets our customer business needs. 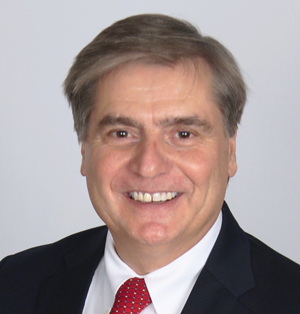 In the capacity of Director of Business Development for State & Local Government Solutions, Thomas Gardner is responsible in increasing the State and Local Government business pipeline through corporate partnerships and strategic hiring around the company’s core capabilities. Mr. Gardner is a retired CIO for the Maryland Motor Vehicle Administration and brings in a rich 25 plus years of Maryland State Service experience.

Mr. Gardner served as Program Manager for Xerox State & Local Government, Director of Government Service for The Canton Group, Past Chairman of the Anne Arundel County Spending and Affordability Committee and is Co-Founder and President of Collective Technology Consultants. Additionally, he served in the military for 23 years as an Army Aviator achieving the rank of Chief Warrant Officer 5 (Ret) and as Board of Directors at Tipton Airport Authority. He holds a bachelor’s degree in Applied Science and Technology – Thomas Edison State University, Anne Arundel Community College. 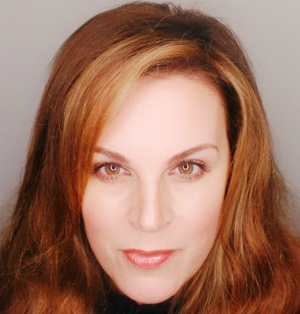 Denise Desien has over 20 years experiences working in the Information Technology (IT) market as a Business Development Specialist. Ms. Desien started her own business; Business Development Technologies, Inc. (BDTI) in 2005. Where she has successfully helped many small to mid-size IT companies grow organically and break into new markets such as NSA and Maryland State & Local.

Ms. Desien is a Board member for the AFCEA Central Maryland Chapter for the last six years as the Women in Intelligent Group (WIIG) President. Ms. Desien volunteers her time to help to raise hundreds of thousands of dollars for STEM Scholarships every year. Ms. Desien received the prestige’s AFCEA International Woman’s Achievement Award in 2016 for her efforts. 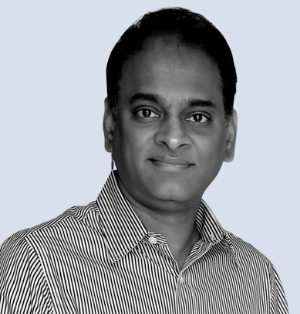 Venu serves as Director, Digital Engineering for Navitas Business Consulting Inc. In this role he leads customer-focused and emerging technology-driven business and technology transformation initiatives using emerging technologies in Cloud, Data Analytics, AI, and Machine Learning. Venu has vast experience in using innovative technologies to help commercial and federal agencies with multi-cloud strategy and digital transformation of next generation services. As a core member of the management team, Venu provides thought leadership and drives the strategic vision of the company through client collaboration and engagement, establishing partnerships to improve customer experience with innovative solutions. 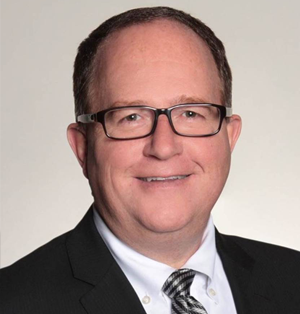 James Dalton is an Exceptional Sr IT Executive/Officer with 20+ years of experience as a Change Agent with a proven track record of driving/delivering secure, innovative, agile, transformational Business & IT initiatives in multinational, high growth, high pressure, complex Financial Services, Managed Services and Telecommunications industries. He has exceptional leadership skills with the ability to develop & communicate an IT vision that inspires and motivates the IT staff to be a collaborative high performing team providing World Class Customer Service & Technology Solutions to our Internal & External Business Partners, while instilling confidence in the business by demonstrating the Value Add of IT.

His Sr IT Leadership experience has included: VP of Application Services, VP of Engineering & VP of Operations @ Freddie Mac, Head of Worldwide Systems Infrastructure @ Orange Business Services and Head of Systems Integration & Engineering @ Equant. James also held roles at GlobalOne, AT&T and EDS. Jim earned his B.A. in Computer Science and Economics from Bethany College and his M.S. in Information Systems from The American University.

Want to work with us?
Get Started
TOP
undefinedundefined